The Sleeplessness of Giving Birth (Symbolically) to New Music

The band was nestled, all snug in their beds...

Tonight is the night before the Rogue Valley radiate/dissolve album release. I hope the rest of the band is in bed right now so they can help prop me up tomorrow when I'm counting on adrenaline and muscle memory to pull me through. With every next album I release, the stress seems further and further away. but it lingers still, perhaps just under the surface like a pea under a mattress that one can feel only upon lying down for bed. The album-release insomnia has gripped me this week. I've tried booze, exercise, tv, reading, songwriting, and yes, actually getting in my jammies and nestling into bed. But it hasn't worked well enough. I fall asleep and 30 minutes later wake up, hoping that at least a few hours have passed. I read coverage of the political party conventions on my phone. I scan trivia and definitions of obscure words. My memories of life and media start to blur.. Is Jebediah Springfield a real person? 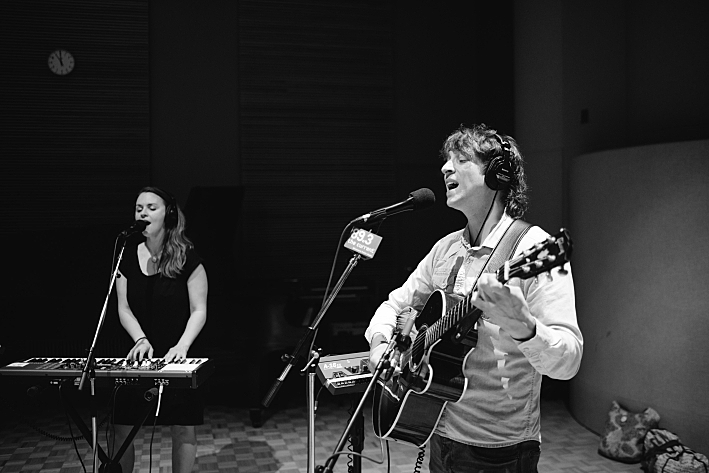 photo by Nate Ryan
I want to savor these last few hours before we present this music. Once it happens, it is over - the future lives only in its anticipation. Once it passes, there is no golden halo surrounding the moments and the memories. Sip your drinks. Laugh with others and not at them. Tell the ones you love that you love them as honestly as possible. These are the things one can do to trick the seconds into ticking a little slower. Tonight at dress rehearsal, I felt unusually emotional during some benign melodic passages. A frog had found a corner of my throat and was speaking for me at unpredictable moments. This happens sometimes when I'm low on sleep and spare time. I think about CEO's of Fortune 500 companies.. of Olympic athletes.. of kids working two jobs and paying their own way through community college.. of peace corps volunteers.. of mothers and fathers and single parents.. I think about all the hours that so many people devote to the things that matter most to them and how I yearn to possess that same kind of drive and desperation.

The resulting gem from the compression of songwriting and persistence is quite subjective in its value. When I remember to land each note and to communicate my lyric is when I can live in the song as if it were its own little fortress or treehouse hovering above the stage. These are the moments that are easy to overlook, and once forgotten turn a show into a rote experience that offers little of interest to performer or audience.

I'm very happy with this album. I was lost for awhile, and thought perhaps radiate/dissolve would be lost too; buried under the weight of time, expectations, and diverging paths. But I'm energized making this music - and I'm grateful for those that have helped show me it's okay to love what you do and to believe in it with what others may consider to be a foolish bias. Doesn't an artist need to at least like their own work in order to convince others of its merit? Is radiate/dissolve my best album? I don't know. That is a question I can't answer. I like all of my albums for different reasons. No shame. But I don't think any other album except for my very first one - Exit Pesce - has been more vital to my emotional state than radiate/dissolve. Back in 2004 I didn't know what to do with my aspirations for a career in music until I figured out how to get that album out. I feel the same way now. The release of radiate/dissolve is truly a catharsis. I feel better now. Like maybe I can grab a couple hours of sleep.