So.. No new Game of Thrones until 2017 but this weekend I discovered something delightful on Netflix. And by discovered I mean devoured and by delightful I mean addictive. It's a pretty damn good hodgepodge of lots of familiar stylings, harkening back to Spielberg's ET, a little Hughes' Breakfast Club, a dash of The NeverEnding Story, Goonies, War Games, and a somewhat obscure film called D.A.R.Y.L. There are layers of contemporary en vogue psycho-science-fiction a l a Jeff VanderMeer's Southern Reach Trilogy and David Mitchell's Bone Clocks. And despite all of this familiar ground, Stranger Things is so well done it immediately becomes its own thing, existing in the modern day as a lost treasure of the 80's.

Stranger Things is really about the wonder of discovery, even when said discoveries lead to dangerous situations and death. There is a quality of adolescent magic woven throughout which surrounds every interaction; a special balance of earnestness, emotion, self-doubt, and hope. The episodes are tight, focused, and despite being filled with cliches and predictable turns, are fresh and engaging. Unfortunately, my crack brain went into withdrawal mode every time an episode came to a close, so I ended up watching the whole series in 2 days. I mean, I did do laundry, folded clothes, caught up on email, and cleaned a little bit during that time but.. yah. It will be a long wait until next summer.

Which means I have the brain space to focus on other things.. and more important things, frankly. It's easy to be soothed by the world of fictional dramas that resolve neatly, more or less, at the end of a few episodes. I need all the brain space I can muster to consider the delicate state of affairs of this modern era. Every day for the past three months the leading story has been about devastation, death, loss, and injustice. Every next story is a Jenga block pulled out from the increasingly unsteady tower, vulnerable now at even the slightest nudge of crashing down. I can't believe the horror that is happening all around the world.. France, Turkey, Dallas, Baton Rogue, and Minneapolis - and that's just in the last week. It feels so indulgent to live in a country where there is so much possibility, potential, and freedom for so many, yet still so much intolerance, racism, poverty, and a general lack of empathy for our neighbors - our fellow humans. Recently I was privileged to witness a fascinated piece of performance art at the Southern Theater called A Hill In Natchez at the Souther Theater that was directed by Minneapolis artist Joe Horton and involved over 30 collaborators and personnel in the disciplines of dance, theater, music, and design. I can't say it any better than the show synopsis: 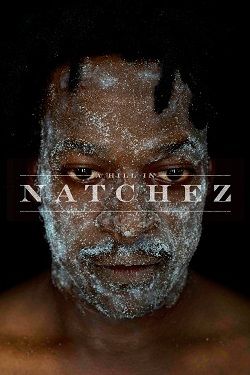 "Beautiful and unsettling, A Hill in Natchez is a meditation on the strange gravity of power that transforms a scenic hill into a bazaar where people stroll idly past humans for sale. Through a hallucinatory mix of music, visuals, and dance, director Joe Horton tells the story of a woman and man caught in this gravity and the myriad ways they are touched by power. Seen through their eyes, the New World is an ever-evolving mosaic of symbols, violent and seductive, dictating laws they are bound by yet can't quite understand."

The production left me feeling moved and inspired - inspired by the idea of communicating real issues and relevant emotion through art and not merely trying to create a piece of tight entertainment. In our society there is great value placed on media, and at all hours of each day, this media is accessible and consumed by the masses. Truths can be found in the corners of fantasy in the same way make-believe is evident in the thoroughfares of everyday life. What struck me was the integrity and commitment of the performers not to bend or break the wall. There was no cynicism, only beauty.

So for my next obsession.. I'm writing some new songs here and there.. got a couple.. my goal is to be honest in my storytelling; to be raw in my emotions and blunt in my vocabulary. I want to use new words to say new things. I will write songs for the artist that I want to become, not for the artist I hope others see me to be. Because, none of us really know how others see us - even our own mothers and fathers.. our own spouses.. our own children. Every day, people are struck down for nothing.. because of assumption and fear. Let these stories of racial, religious, political, and economic divides find a common arena for balanced dialogue, where we can listen, and be heard. Let the monsters be in the fictions we read and binge-watch when it's 98 degrees outside and the AC has you trapped on the couch. Let us celebrate the differences and diversity of our species instead of condemn. The world doesn't need more bullies. Does it really need more weirdos sitting in their kitchen typing blogs and taking selfies? I don't know what it needs. I don't know what I need. But I know I need to be kind, and be vulnerable, and let love win. 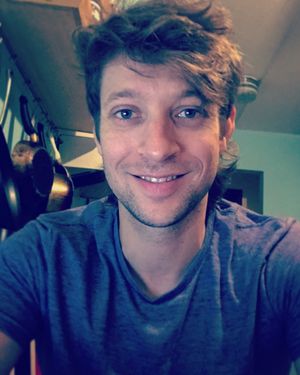